Skip to content
This site has limited support for your browser. We recommend switching to Edge, Chrome, Safari, or Firefox.

This is the UN-TOLD STORY of...

Originally written for and featured in sseams.com magazine.
[ By Robin Clemenson ]

The conversation around sustainability can often draw sighs of ‘here we go again’. There’s a distinct negativity cast upon those that preach about the issue against those that perhaps do very little. What’s right and what’s wrong and where we are supposed to sit along the scale of reaching the nirvana of sustainability is up for debate and one that we will probably never fully understand.

However, in amongst the deluge of brands reaching their hands up to say ‘we are’, there are golden nuggets of genuine, transparent labels that have a passion for the subject driven by beautiful reasoning. One of those is performance running brand Unsanctioned and its owner/founder Carlos Furnari. 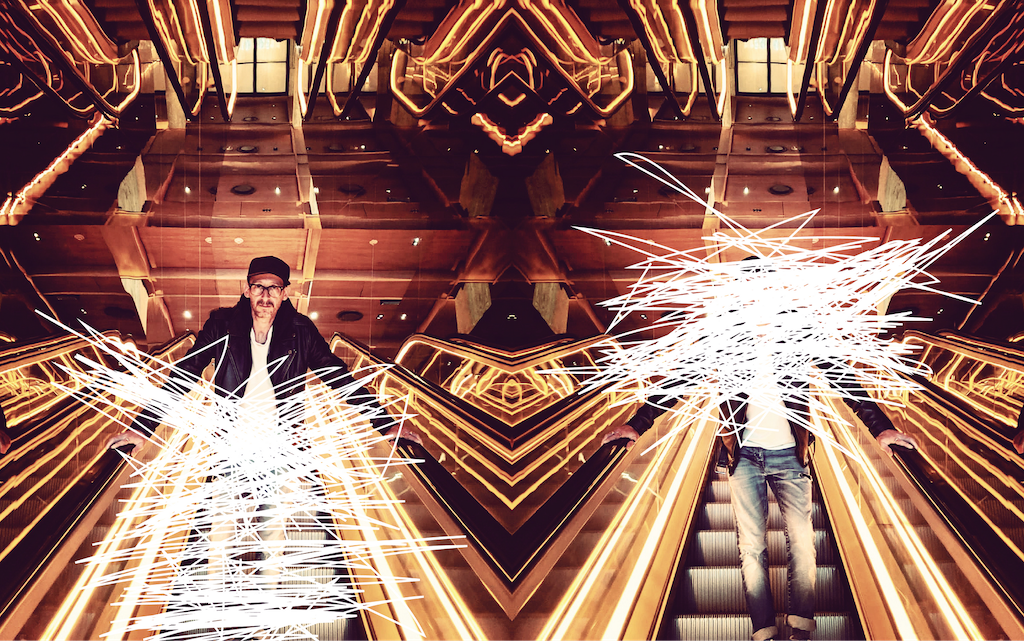 Residing in Melbourne, Australia and the son of a Sicilian father and Australian mother, Carlos has been in love with running since primary school. Built like a long distance runner, he first realised he was ‘good’ after stretching a lead over his school friends on a 400-meter track - which at that time seemed like ’some distance’.

Years later, he has 10 marathons under his belt, can run the 26-mile distance, at best in and around 2 hours and 40 minutes and has a creative mindset that so many authentic ‘runners’ have, where they use the time and the activity to escape and deal with both personal and work issues.

A career in advertising that took him to London, then to Amsterdam via Berlin working agency-side and as a freelancer creative consultant for sporting heavyweights including Nike, Adidas and Swiss brand On Running has led to Furnari not only revisiting his love of the sport, but a passion for creating something very new, independently driven and with full-blooded purpose.

“I thought that it was about time that I gave something back to a sport that has given me so much,” he says. “Every day as runners we go out there, watching the seasonal changes and being at one with our surroundings, we take it for granted.”

After much digging and researching, Furnari found himself talking to a factory based in Milan that was willing to listen to his idea of creating a fully sustainable running brand, one that could match the virgin polyester fabric of his contemporaries, but that was also made from 100% recycled fabric.

“After spending a couple of years hitting brick walls, I was able to connect with a particular person that helped me to realise my aim of creating fabrics that could eventually equal that of the existing high performance fabrics on the market,” adds Furnari. “Everything has been rigorously tried and tested and I train for marathons in the prototypes for a series of months to make sure it can withstand the usage. Pre-launch I’d also send products to 26 other runners across the globe to test durability and performance.”

With Unsanctioned manufacturing based in mainland Europe, the movement of product between territories is made more simple and efficient. Product is currently developed using three different 100% recycled performance fabrics with the same textile factory partner in Italy, all under the BottleKnit™ name >> fabric developments that were consciously made available for other brands to incorporate into their own 'more sustainable' product offerings. The half tights and sleeves are created using ‘upcycled fabrics’ that the mill had developed independently, Furnari jumping on the opportunity to use them as they are essentially fabrics made from ‘industry waste’ off-cuts.

“I know there is a level of scepticism about ’sustainability’ and people have become slightly battle-worn now of people banging the preverbal green drum,” says Furnari. “I get it. It’s not to be forced on people and it's to the discretion of the brands as to what they stand for. My passion is in giving back to nature what I feel I have taken out of it from running - this is MY purpose and I want the Unsanctioned brand to fully represent that organically.”

And it is true, running is THAT sport that allows participants to simply lace-up and get out there, whatever the level. If fully subscribed, it can also give people moments of complete clarity, escapism and almost ‘outer body’ experiences, something that Furnari holds at the core of the brand’s existence.

“I know people that run in large groups and then go and have their meditation sessions and I’m left thinking ‘Why?',” says Furnari “I just want to tell them to run on their own and let their minds wander. I’ve written entire global campaigns verbatim on runs - it really frees the mind.”

Enjoying the creative process and element of problem solving which stems from his previous career, Furnari has the freedom to create pieces that he feels will compliment the ’true runners’ aesthetic, but delivered in his own unique way, which is quite apparent when looking at the brands edgier profile.

“I can remember cutting socks into small pockets and sewing them into my running shorts to hold gels to avoid having to wear a waist pack,” says Furnari. “I like this level of playing and trying things out with design."

Launching with a faithful first capsule to the sport to help stamp the authority of Unsanctioned being a ‘runners brand’ Furnari has created the aptly named Petroleum collection of running vests, T’s, three-quarter sleeve top, tights and accessories including race sleeves, but will further his offer with a wider range of products to embrace the bigger lifestyle.

“I want people to see that this is a runners brand first and foremost, not just a cool flash in the pan brand. I’m here for the long haul,” Furnari adds. “The name Petroleum was purposeful and tongue-in-cheek because of the sustainability element - our product is made from recycled plastic and plastic is made from oil/petroleum."

Whatever the thoughts on running, there is no denying that Unsanctioned is a brand for thinking man and woman. It has purpose, guts, determination and independence sat right at its heart. Why wouldn’t you want to find out more about something so honest and with integrity.

>> We are an Australia-based entity. Your local Customs may charge duties and taxes for the import of your purchase; to avoid potential surprises, you may wish to check with your local Customs office <<

No more products available for purchase

Your cart is currently empty.